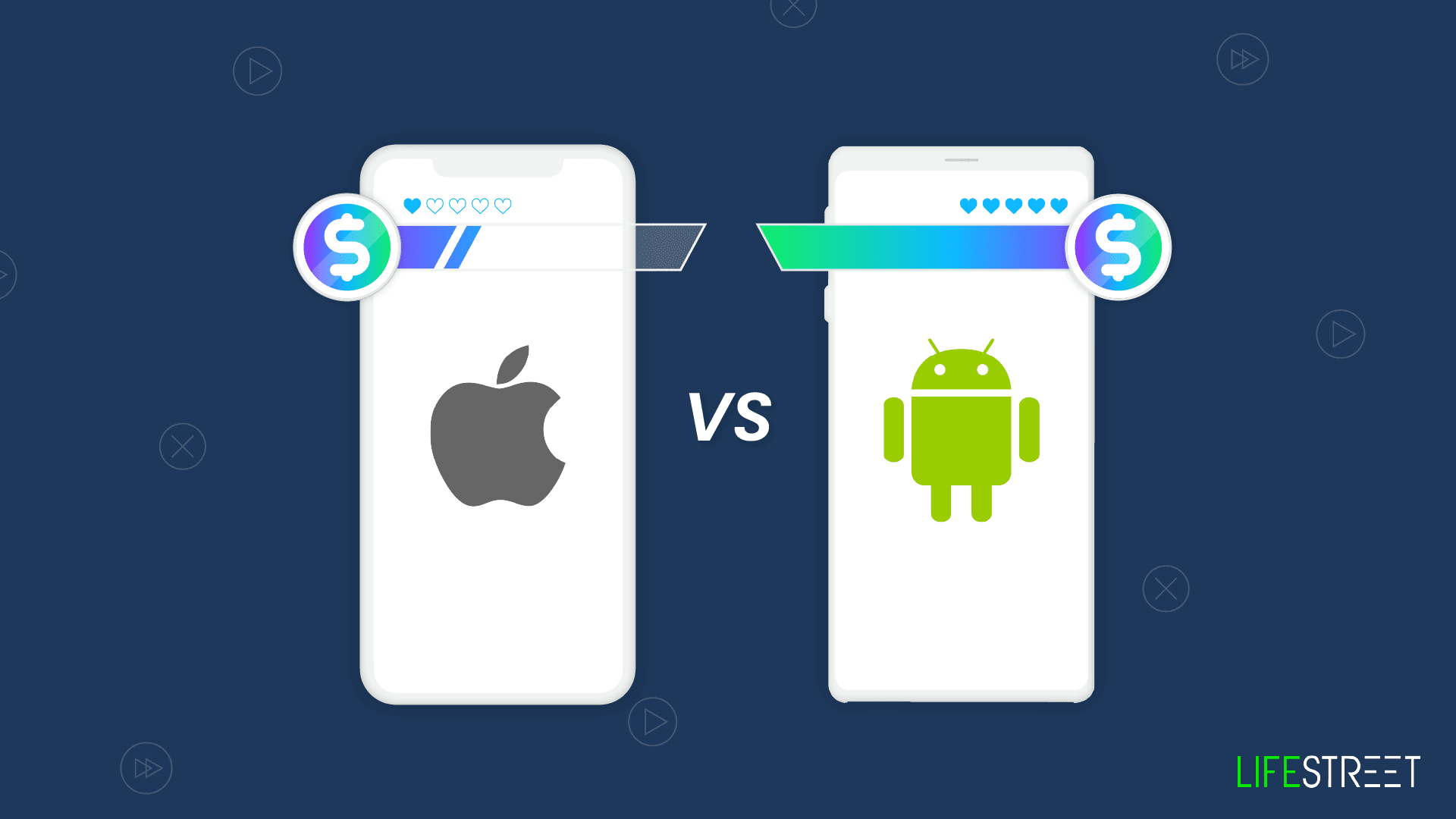 Why Android is worth your advertising dollars, now more than ever

Who advertisers should target–iOS or Android users–has long been the subject of debate among mobile app marketers. And despite the fact that this rivalry has spanned more than a decade, there are so many factors to consider when comparing Android versus iOS that the answer remains subjective and there is no definitive winner to declare.

Recently, however, Apple’s iOS 14 App Tracking Transparency framework has prompted those iOS-only advocates to start spending on Android while those already spending in the Android ecosystem have decided to spend even more. Whichever the case may be and despite Google most likely implementing its own stricter privacy policy, Android is a worthy investment.

The rules of the game are about to change but understanding how people find your app and what they do once they’ve installed remains crucial to helping advertisers decide their strategy and budget.

Many anticipate Google’s changes will be rolled out slowly as the company waits to see what does and doesn’t work with Apple’s new privacy policy. This will give advertisers more time to work in an environment where there is greater control over measurement compared to the uncertainty of iOS. As long as Android allows the use of GAID (Google Advertiser Identification), not only do advertisers have complete visibility into user behavior and acquisition costs, they can transfer Android campaign insights from one operating system to another.

Assuming Android’s device ID becomes restricted, Google’s install referrer will be able to help marketers connect the dots between ad activity and media sources. This Android-specific ad tracking identifier is 99 percent accurate and when compared to fingerprinting (which we know is a big no-no for Apple) it is able to offer a 1:1 level of insight into the timing and activity surrounding app installs which fingerprinting can not.

Android is a growing percentage of global inventory

According to Statista, as of January 2021 Android held a 72 percent share of mobile operating systems worldwide and is projected to increase over the coming years.

At LifeStreet our access to inventory sources follows these market trends. Android is becoming a growing piece of our business, making 45% of our spend, a 125% increase from the beginning of 2020, and 55% of bid requests worldwide. 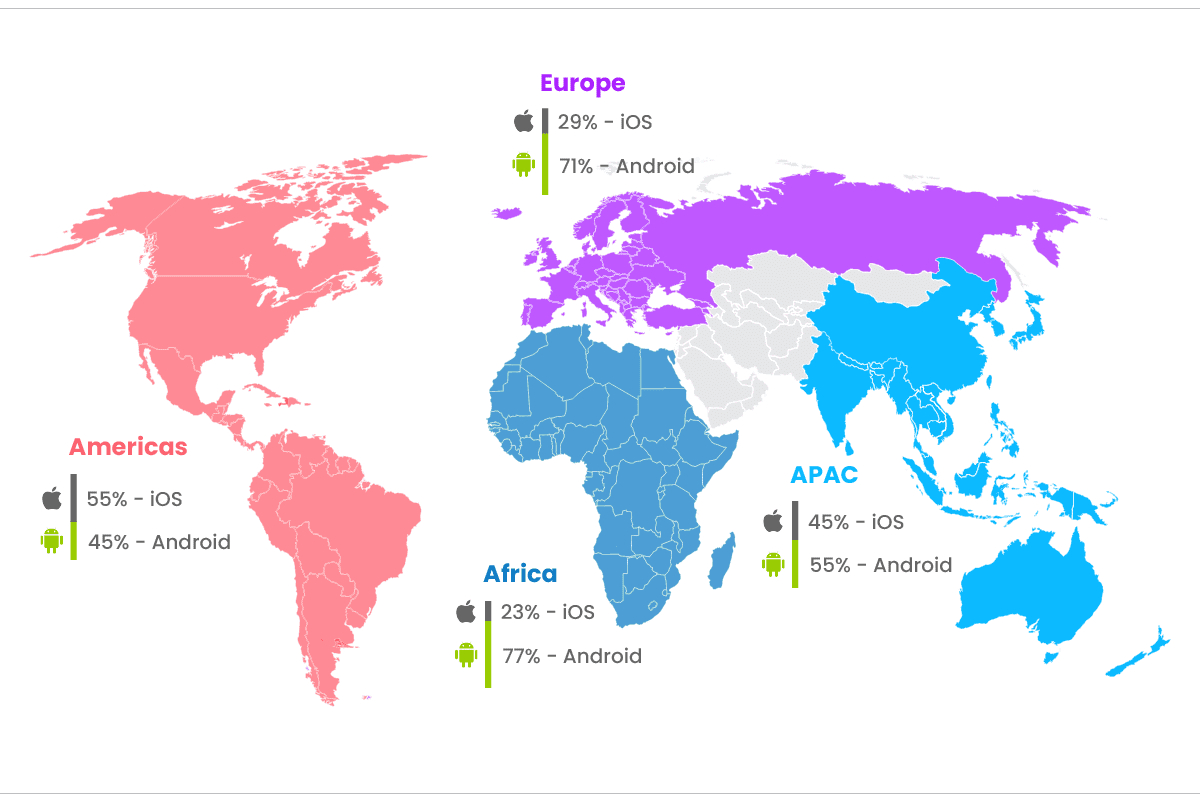 One of the contributing factors for the growing number of Android bid requests is lower CPIs. Since the beginning of 2021 we’re seeing lower CPIs globally across playables, video and display. 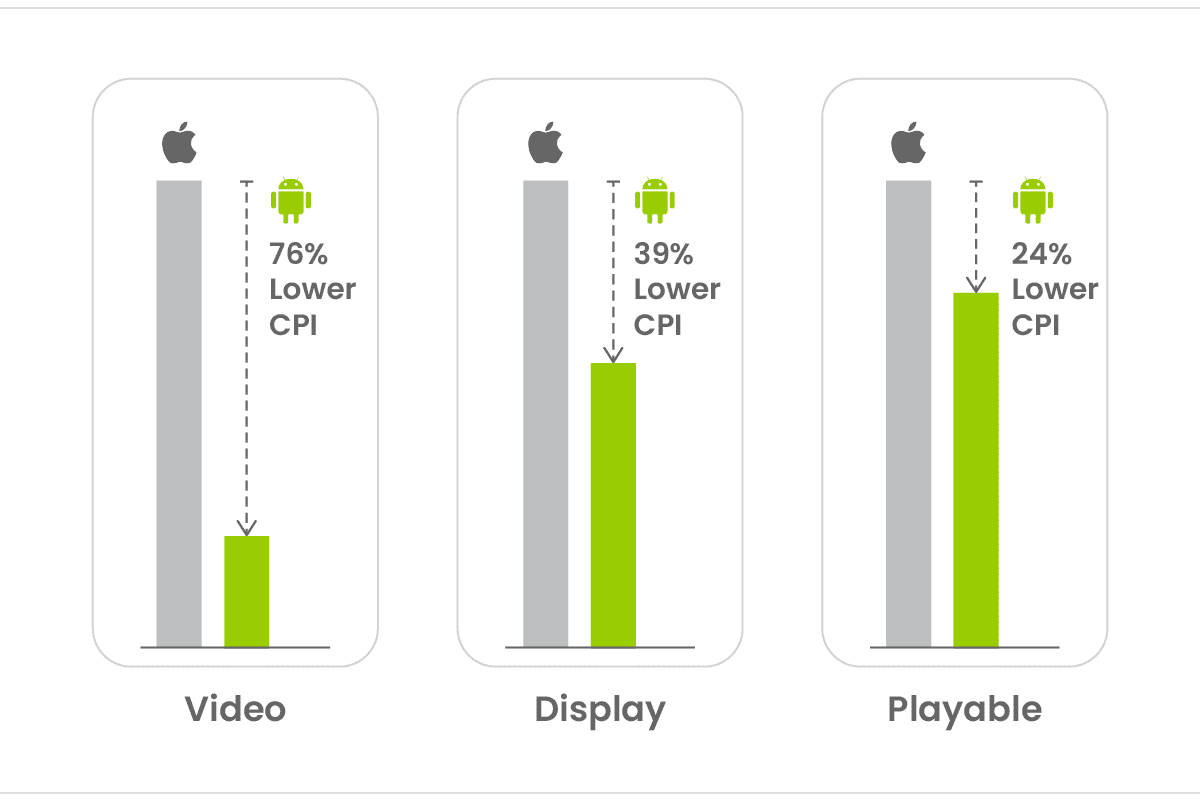 A few of the Android dimensions we collect and can target against are:

By having targeting options specific to Android, our machine learning model can make better ROAS predictions for that specific operating system.

If advertisers are worried about their ability to execute UA campaigns after Apple’s ATT enforcement, investing in Android can mitigate that risk. We’re seeing Android performance on par with iOS and grow in market share. Combined with the ability to obtain more accurate and reliable data about Android-specific installs, this trifecta makes Android more than a potential alternative to iOS but the potential winner of 2021.

Article reposted with permission from Business of Apps.